Researcher of the Month: Markus Juutinen 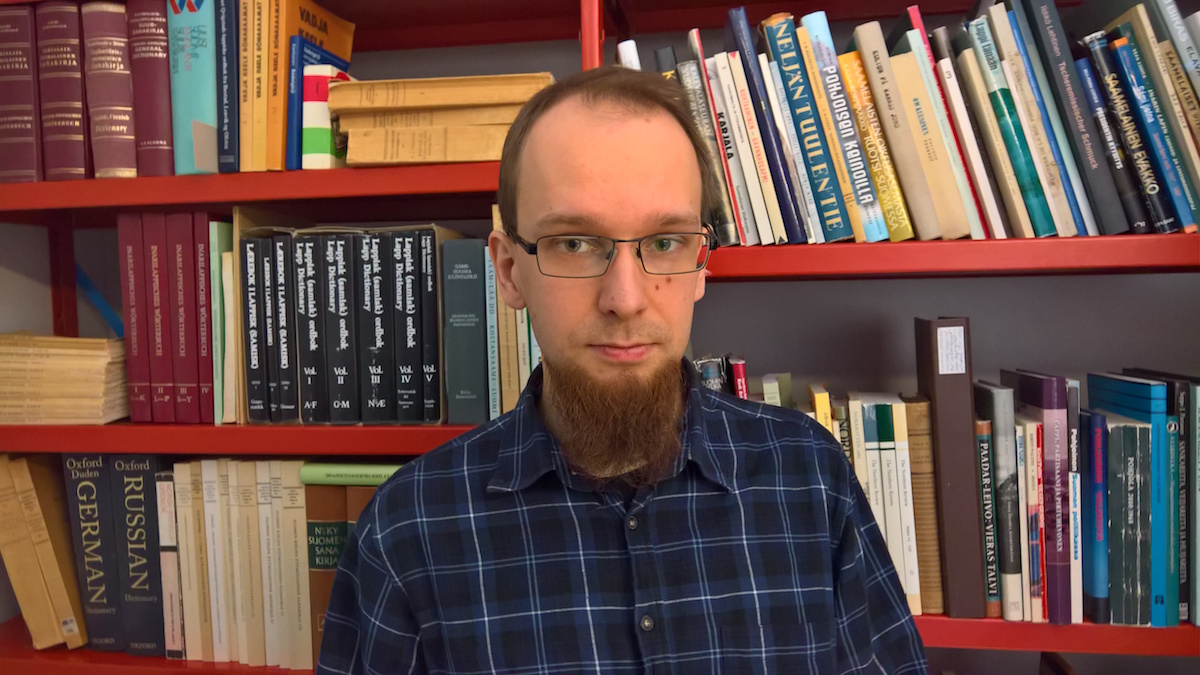 Kielipankki – The Language Bank of Finland is a service for researchers using language resources. Markus Juutinen, PhD student of the University of Oulu, tells us about his research on the Skolt Saami Documentation Corpus (2016) that is available in Kielipankki.

In my Master’s thesis I look into the use of Skolt Saami affirmative and negative scalaric focus particles conveying the meaning of “too”, “also” and “neither”, “not … either”, as well as into their changes under the influence of language contacts. I was especially interested in how the loss of contact with Russian and the new Skolt Saami – Finnish bilingualism influence these structures.

For my material I use both folklore texts collected in the beginning of the 20th century, and interviews conducted on the Finnish side in the 1970s as well as in 2007. The spoken Skolt Saami material is from the Skolt Saami Documentation Corpus (2016), to the creation of which I contributed myself as a research assistant. The corpus contains almost 20 hours of recorded speech, its transcriptions, translations into Finnish and English, part of speech annotation as well as the glosses of each word. Some of the recordings lack one or two tiers.

All previously published Language Bank researcher interviews are stored in the Researcher of the Month archive.