Researcher of the Month: Benjamin Schweitzer 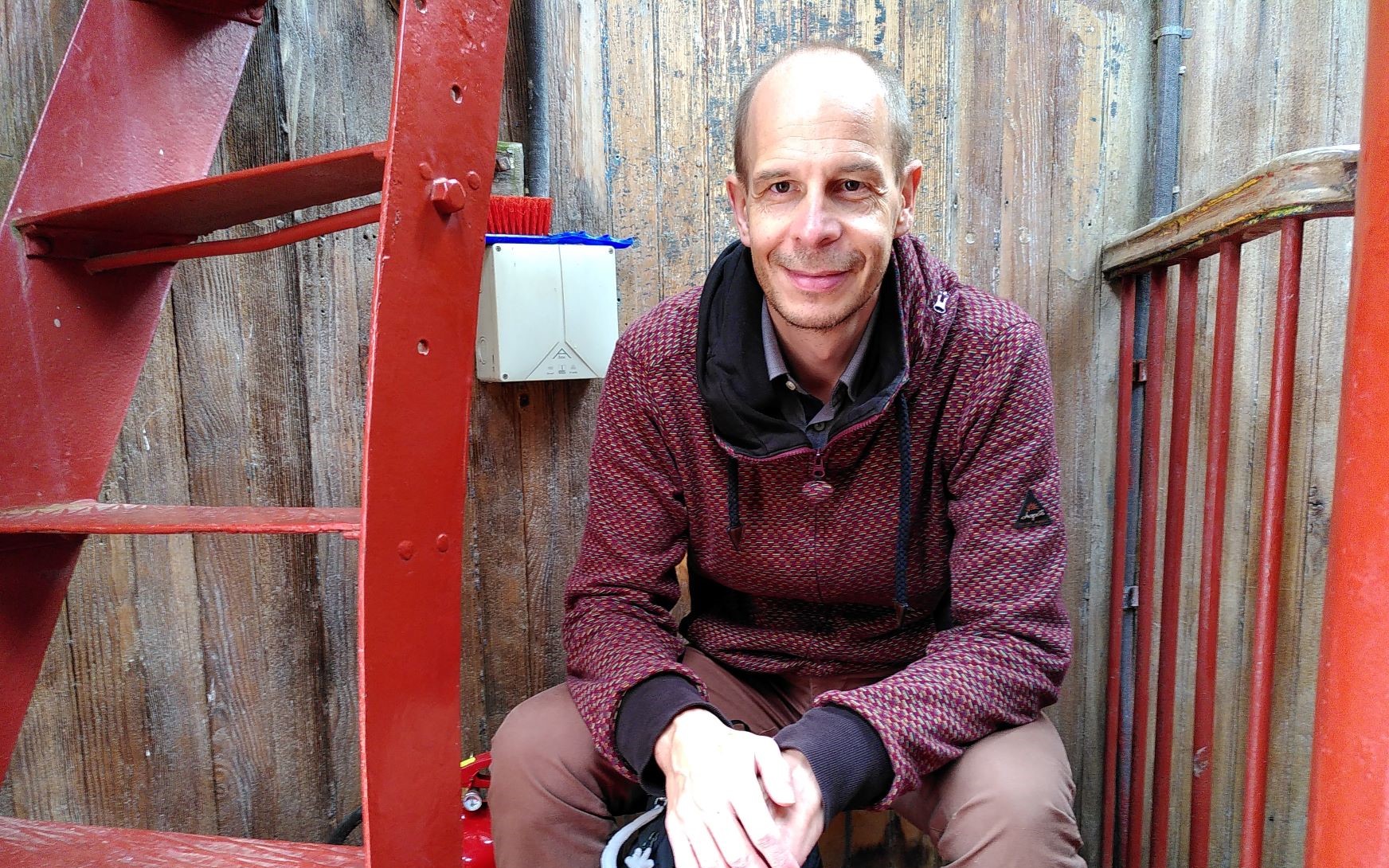 Kielipankki – The Language Bank of Finland is a service for researchers using language resources. Benjamin Schweitzer tells us about his research on the Finnish special language of art music. Corpus linguistics enable the researcher to study the topic from several points of view.

I am a German composer, translator and linguist (in biographical order). I studied composition, music theory and orchestra conducting – at the Sibelius-Academy in Helsinki, among other places – and have since worked mainly as a freelance artist with some additional work as lecturer and concert organiser. From the early 2000’s on, I started translating from Finnish to German – mostly historical and musicological non-fiction, but also opera librettos and short stories.

In my fourties, I entered a second career path and studied Fennistics and Scandinavistics in Greifswald and Tartu. When I received my MA degree in 2018, I already had the feeling that this wouldn’t be the end of my linguistic ambitions. I was very happy I got the opportunity to continue soon after this with a PhD project: I am now employed as a researcher at the Department of Finnish Studies of the University of Greifswald and working on my PhD thesis within the framework of an International Research Training Group called Baltic Peripeties. My supervisor is Professor Marko Pantermöller.

I am researching the Finnish special language of art music from several points of view. My first aspect is historical-systematical: I am trying to show how a special language of a field emerged which, as a cultural practice, was itself imported to Finland. What happened spontaneously and what came about as the result of language planning and maintenance? Which terms were adapted, where did the language community succeed in inventing ”originally” Finnish words, and which structural problems had to be overcome in the process?

The second aspect concerns the transition from terms to texts, from words to narration: Which challenges did Finnish critics and musicologists face when writing about music in Finnish? Which models did they follow, and are there structurally ”typically Finnish” ways to write about music?

The third and most complex aspect is a discourse-linguistic approach: What kind of intertextual relations can be found in Finnish texts about (Finnish) music? How does this discourse reveal national auto- and heterostereotypes? And how is art music as a core element of Finnish ”cultural identity” reflected in the writing about music since the beginning of the 20th century?

Corpus linguistics plays an important role in my research, even though I am probably employing a somewhat nonstandard approach. Within the official taxonomy, my research might qualify as corpus-based or corpus-oriented, but I would maybe prefer the attribute corpus-aware. In my research, I am mainly looking at longer passages or even entire texts, from which I extract key words, collocations and discourse-semantic frames. This means that my analytical approach is clearly qualitative. Nevertheless, if I want to find out when and in which context certain key words or concepts first appeared, how they were distributed diachronically and how big or small their impact was, I also need to look at bulk material from a quantitative angle.

This is where Kielipankki enters. I mainly use the Newspaper and Periodical Corpus of the National Library of Finland (KLK) which not only contains a huge collection of daily papers until the mid-20th century, but also early music journals, which is an invaluable source. Basically, I use corpus analysis to test, back up and extend research hypotheses which often arise from one single finding in a text, or even an ”I know that there must be something somewhere around here” gut feeling. That can, to name a concrete example, be a question like ”since when does the co-occurence of ’Sibelius’ and ’alkuvoima’ appear? Does the corpus provide evidence for the assumption that it became a fixed collocation, and if so, when?”

To this end, I mainly use the extended search tool (Korp) to identify co-occurences in comparatively larger samples (paragraphs) because a simple left/right-neighbour-search wouldn’t reveal much – especially not in the complicated syntax of early modern Finnish writing on music, which is often closer to literary works than to factual non-fiction style. The corpus excerpts can then be used for further investigation, e.g. for qualitative data analysis, but sometimes also to generate new hypotheses. I have to admit it happened more than once that I found a needle in a haystack – e.g. an interesting text that I might have overlooked otherwise – by browsing through my corpus search results.